Maybe a decade ago now I was browsing Amazon.com when I came across a book written by Dashiell Hammett and Somebody Else. Having studied detective fiction in college I knew that the actual credit was Dashiell Hammett and Nobody Else, so I sent a note to the Amazon elves asking for a correction. A day or two later the elves wrote back to say that the other person was actually the editor of the book, but because the work was not an anthology this other person should not have been included as an author. Shortly thereafter the listing was changed, and Hammett was again given sole credit for writing a book that he had written all by himself.

Which brings me to this:

And farther down the page:

Now, I don’t now who Robert Polito is, and I’m sure he is or was a wonderful person. But he didn’t co-write The Maltese Falcon. I’m not even sure what he actually did do to warrant mention (his contribution isn’t specified), but I am confident that none of the books in the title are books that he wrote or co-wrote.

Now, you’re of course thinking I’m being picky. Well, I’m not being picky. And I’m not even trying to pick on Amazon, although their quality control is apparently suffering (again). Rather, I’m pointing out that the idea of a book being ‘by’ someone seems to be being appropriated by people who come along well after the fact of creation. 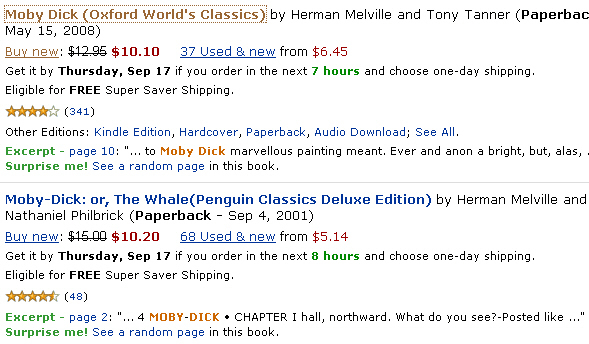 To be fair, when you click to the specific titles for those books, the Amazon elves have correctly noted that Herman Melville’s apparent co-authors were actually serving in some other function (editor and introducer, respectively). But the problem remains that these names still come after the word ‘by’ on those pages. 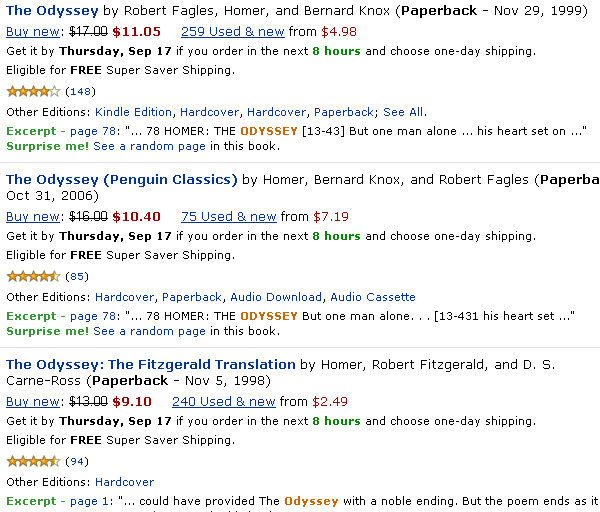 So listen up. If you wrote a book, you’re the author. That means you’re the person the book is ‘by’.

If you edited a book, if you wrote an introduction, if you wrote a preface, if you wrote an appended scholarly essay or analysis, if you brokered the deal that got the book published or reissued, if you did anything other than contribute to the text of the original work itself, then you are not the author and the book is not ‘by’ you. Even if the book itself — the object, the project — would not have come into being without your personal involvement, even if you are the sole reason that an author’s work is now being published, even if you have given every last ounce of strength in your body to see that author’s work published, the resulting work is not ‘by’ you.

But I’ll go farther than that. Even if you are the editor of an anthology, or any other compilation, you should not get a ‘by’ credit on a book which contains work by other authors. If you insist, you can take an ‘edited by’ credit, but I would rather that you simply left your name off altogether.

Because if you really do want a ‘by’ credit — and everybody should have at least one — we now live in an age where you can write something and publish it yourself and be absolutely assured that you will be given that credit. Which means you don’t have to piggyback on someone else’s work in order to be read or validated. You can put your own stuff out there and compete nose-to-nose with others, and as a bonus you won’t have to share credit with anyone else who might come along after the fact.

This is your moment. Make me care. Seduce me. Wow me.