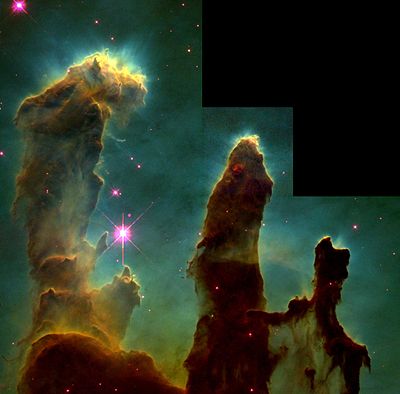 Whether you’ve seen the image before or not, I still remember my initial reaction because I laughed out loud. To see why, take a moment and ask yourself how that image was edited in order to make it so awe inspiring. When you’ve made your best guess — or, if you’re the inattentive type, when you’ve finished reading this sentence — click the link to read on.   END_OF_DOCUMENT_TOKEN_TO_BE_REPLACED

It is acceptable to use two spaces after a period.

Why am I moved to make this declaration? Because every so often a typographic tyrant goes off their OCD medication and launches a caustic diatribe at anyone who prefers to use two spaces between adjoining sentences. These deranged attacks, absurd as they are, can do real damage to writers. Ditchwalk will not tolerate anyone who uses authority or prominence to ridicule or intimidate writers, or in any way make writing more difficult than it already is.

The Question in Context
As a writer of any kind — private, professional, traditional, experimental — you have two obligations. The first is to be honest about your own intentions. The second is to communicate your intentions to the intended reader as effectively as possible.

These obligations hold whether you are writing an email to a single person or publishing a work for the masses. They remain your responsibility even if you choose to involve others in the process. Agents, editors, publishers, typographers and others who make a living off authorship are peripheral to your work as a writer. They may be central to your goals as a business person, they may be central to your ability to produce a physical book or e-book file, but they are not writers.

You are a writer. Your job is to write for your readers. That’s true whether you’re an established author or just starting out. The problem, of course, is that when you’re just starting out you’re not sure what you’re doing. Complicating matters is the fact that some of the agents, editors, publishers, typographers and others who make a living off authorship will gladly claim expertise and authority even in matters they know nothing about. This includes everything from telling you what your obligations are as a writer to how many blank spaces should follow a period.

Why would someone do this? Because it makes money. Because they are control freaks. Because they genuinely believe their little corner of the universe is the only thing that matters. Because they have confused the needs of the reader with the demands of the market. Because they hate the fact that you can write and they can’t. Take your pick.

Whether you choose to defer to peripheral voices or ignore them, no choice voids your basic obligations as a writer. There are no shortcuts. You must ask and answer a million questions in order to write well. At times you may find there is no agreement about an issue. In those instances you will have to choose what you prefer or think best, not what’s right or true.

You should also be particularly wary of any agent, editor, publisher, typographer or other person peripheral to the writer-reader relationship who uses a claim of expertise to cow you into conformity. Authorship is about making conscious, informed choices, not about blindly accepting the opinions of others.

How many writers have ever said that two spaces after a period is a sign of amateurism? How many writers would dismiss your content outright if you used two spaces instead of one? Is this a common source of discussion at writing workshops and retreats? Have you ever seen a breakout session at a convention titled The Two-Space Debate? Has anyone ever said, in the entire history of the world, “This would have been a great book, but because the author used two spaces after a period it is an unmitigated disaster.”

If you are writing a book narrowly targeted at people who believe two spaces after a period is a portent of the End Times, then yes, you should probably use a single space after a period. Other than that, you should learn as much about this and every other issue as you can, then make your own case-by-case decisions.

For myself, I have generally used two spaces after a period to no ill effect. No one who has ever paid me money to write, or ever received a document written by me, has ever asked me to use a single space after a period, or even commented about my practice. Recently, however, after twenty-five years of writing, I did come across an instance in which I found two spaces to be distracting, and I will expand on that experience below.